Life in the Cornhusker State may soon get a lot less stressful. Thanks to a newly signed bill, Nebraskans will no longer need a time-consuming license to massage cats, dogs or horses. While it may sound like a Portlandia sketch, animal massage therapy can relieve tension, boost range of motion and help with rehabilitation after trauma. And with roughly one horse for every 12 humans, Nebraska’s equine economy generates roughly $700 million each year.

The bill was spurred by Karen Hough, who began massaging horses at her farm in central Nebraska as a way to become more financially stable. But in 2012, Hough received a stunning “cease and desist” order from the Nebraska Department of Health and Human Services. Hough’s soothing touch was regarded as the “unlicensed practice of veterinary medicine,” a felony that could be punished by a $25,000 fine and up to 20 years in prison. To comply with the law, Hough was forced to put her side business out to pasture. 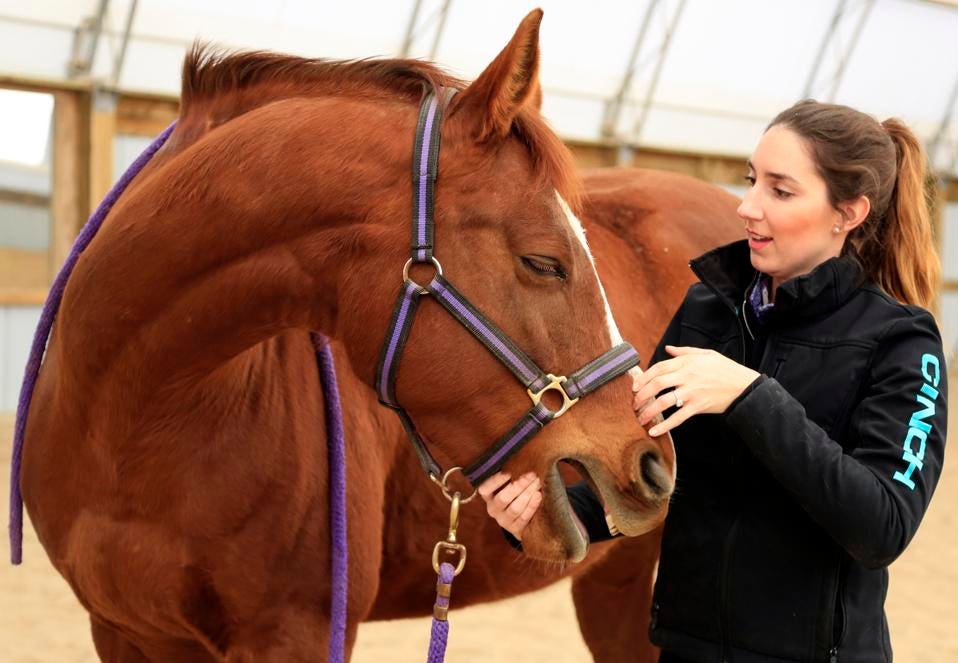 “My customers were really angry that the state of Nebraska was telling them who they could hire to massage their horses,” Hough told the Platte Institute, a Nebraska think tank that advocated for the new law. “They’re not going to take their horse to somebody if they’re not confident they’re going to make their horse better.”

In order to work legally, Hough had two options: She could either become a licensed veterinarian (which would take years of training in classes completely irrelevant to massaging horses) or she could obtain a license in animal therapy. For the latter, Hough would first have to become a licensed (human) massage therapist, which, in Nebraska, requires at least 1,000 hours of training, or roughly 230 days.

Only two states have stricter licensing requirements for massaging people (a practice that’s unlicensed in neighboring Kansas and Wyoming). But even if she got that credential, Hough would then have to complete another 150 hours of training before she could fully earn the government’s permission to work.

“I told some of the children whose horses I worked on, ‘In America, we don’t break the law, we change the law.’ They’re now in college. Time flies when trying to work with government,” Hough said.

To vindicate her right to economic liberty, Hough worked with Sen. Mike Groene, who introduced LB 596 last year to eliminate license requirements for equine massage. Along the way, the bill was expanded to also include massage therapy for cats and dogs. On Wednesday, Gov. Pete Ricketts held a signing ceremony for the bill, which he praised for “creating more opportunities for Nebraskans across the state.” Now with the governor’s signature, Nebraska is the 14th state to deregulate the trade.

Building on the governor’s vision of opportunity, the Nebraska Legislature passed a major licensing reform bill on the same day as that signing ceremony. Under LB 299, the legislature would review around 20 percent of the state’s licenses every year to see if consumers need regulations to continue to be protected from actual harm.

If so, the review process would then produce a recommendation to the legislature suggesting the license be kept, repealed or converted to a less restrictive alternative such as inspections, registration or voluntary certification. Under such a review, each relevant committee will analyze if current laws are working, should be ended, or should be rebalanced between government mandates and market pressures that can protect consumers.

If Gov. Ricketts continue his efforts to cut unnecessary regulations and signs LB 299, the new law will  spur the legislature to further streamline the state’s Byzantine layers of licensing red tape. Nebraska licenses over 170 different occupations, with one in three Nebraskan workers either licensed or certified. But if the state enacts comprehensive reform that reduces or repeals licensing barriers, the Heritage Foundationestimates that the average Nebraskan household could save over $940 annually. That regulatory tax cut would benefit families across the state.

LB 299 has garnered wide support from across the political spectrum. Sponsored by Sen. Laura Ebke, the bill managed to win the endorsements of the ACLU of Nebraska, the Platte Institute and The Wall Street Journal’s editorial board on its way to gaining a near unanimous vote of 45-1 by legislators.

“Far too many Nebraskans are spending their time earning a license when they should be earning a living,” said Institute for Justice Senior Legislative Counsel Lee McGrath. “If LB 299 is signed into law, Nebraska would become a national leader in both licensing reform and creating economic opportunity. Gov. Ricketts and the legislature would set a landmark model for other states to follow.”

Link to the article https://www.forbes.com/sites/instituteforjustice/2018/04/23/nebraska-stops-horsing-around-legalizes-massage-therapy-for-horses/2/